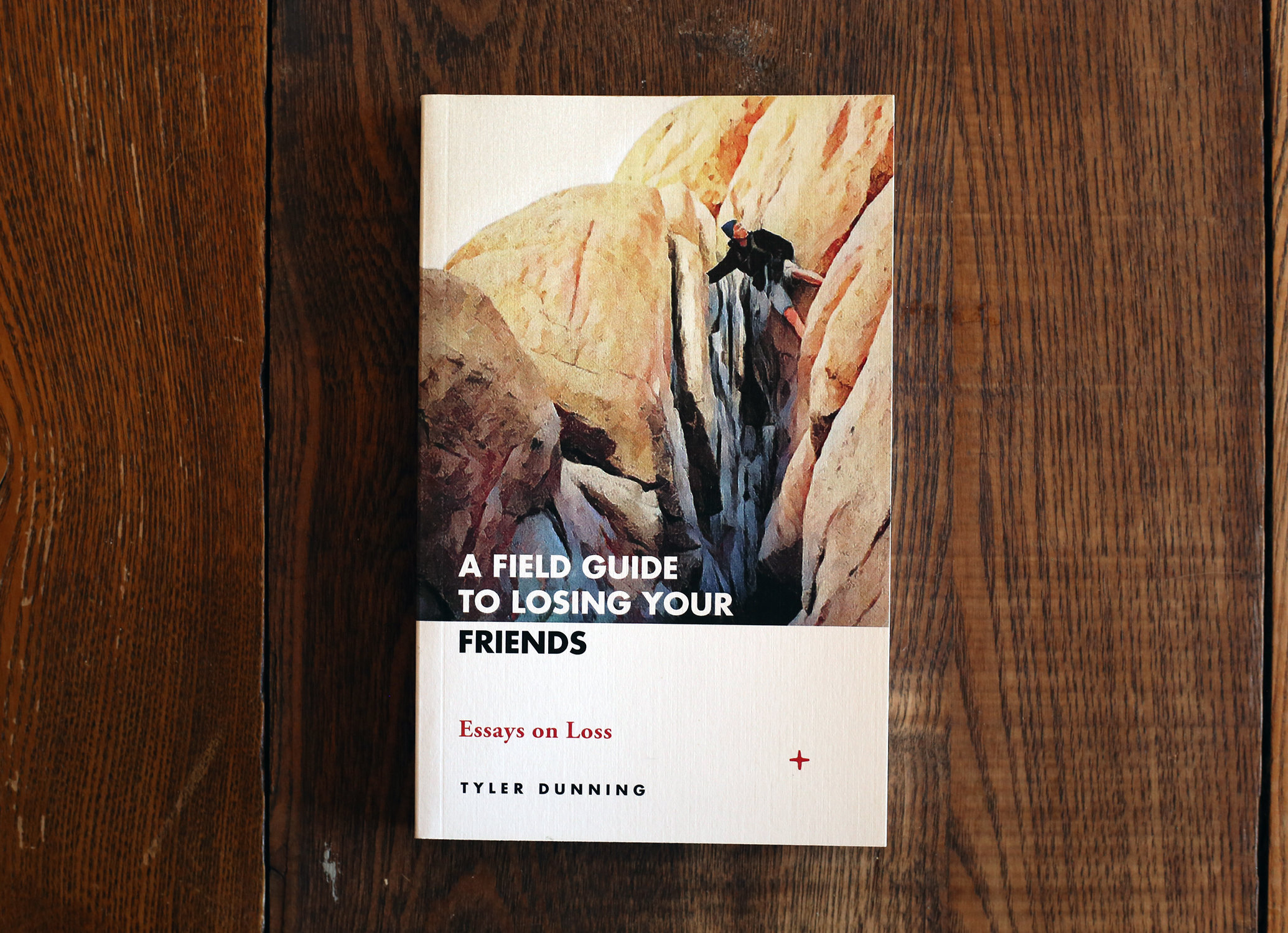 A Field Guide to Losing Your Friends by Riverfeet Press

When Tyler Dunning’s best friend is killed in a terrorist
attack, the experience forces him to confront grief, depression,
and his own destructive tendencies. To cope, he turns to travel,
wandering the United States and crossing paths with a suicidal
shaman, a Cambodian alien hunter, and off-the-grid meth
addicts. He weathers an Atlantic hurricane, endures the Black
Rock Desert, and attempts summiting Longs Peak, the highest
point in northern Colorado, convinced that by overcoming the
mountain he can overcome loss. But just when you think Tyler
has come to terms with the passing of more friends—to rare
disease, accidental drowning, and self-destruction—you won’t
believe the final lesson death has in store for him. This is a book
of goodbyes, of migration, of achieving restoration—a five-year
journey founded upon coming-of-age heartache, the loss of
innocence, and finding hope in our natural world.

Payment is accepted through PayPal and Credit Cards.

Coupon codes can only be used on items currently listed in the shop. Coupon codes can not be used toward custom orders, gift certificates or applied to previous purchases.

Gift certificates & shop credit can be used toward the purchase of any item listed in the shop. We apologize, but at this time, they are not good toward custom orders. If you won shop credit through a giveaway, it MUST be used within 30 days of the date you won. Please contact us in advance if you plan to use a gift certificate or shop credit.

All items are made to order, and will ship within 7 business days, unless otherwise stated. Custom items have a turn around time of 2-3 weeks.

We ship to the address listed on your PayPal account, so please make sure the address is updated and correct. If you would like your item shipped to a different address, please contact us in advance.

It is our goal that you are 100% satisfied with your purchase. We do my best to provide detailed, accurate descriptions and photographs of each product. If you receive an item that is damaged or that you feel was misrepresented in the listing, please contact us within 7 days of receipt and we will work with you to get the issue resolved.

We do not offer cash refunds, but will work with you on a case by case basis to replace an item that was damaged or lost in the mail.

Custom orders can not be returned as they are made specifically for you. We will work with you in advance to ensure that your custom order meets your specifications and criteria. If the item arrives damaged, please contact us.

Shipping fees are NOT refundable.

We would love to work with you on a custom order. Please contact us with any requests.
Payment for custom orders will be required up front.

0 items in your cart